The Freeport of Monrovia is now a hub for the bulk distribution of bitumen in the Mano River Union (MRU) region, thanks to a partnership initiative between port operators, APM Terminals Liberia and ERES Liberia, a bitumen processing company.

This means that bitumen, the all-important black viscous mixture used in road construction, will now be readily accessible to the Liberian construction industry. The establishment of the hub at the Freeport of Monrovia, a location central to the MRU Region, is strategic for facilitating access to this important commodity needed to transform Liberia’s road network infrastructure and that of the entire region, according to the two companies.

At a brief ceremony attended by stakeholders of the port and roads sector in Liberia to officially launch the hub, the Deputy Minister of Public Works, Mr. Joseph Todd, underscored the essence of such partnerships to the road infrastructure in Liberia.

“The evidence shows that we are faced with a daunting road network infrastructure problem as a country. Several kilometers of our roads are yet to be tarred. This bitumen hub, which will give us ready access to this commodity, is therefore a new dawn for the road sector in Liberia. The government of His Excellency George Manneh Weah is in full support of initiatives like this as it seeks to contribute to accelerating the provision of good roads for the economic growth of Liberia,” Mr. Todd remarked in a keynote address.

The main bitumen manufacturing company, ERES Liberia Inc. is a subsidiary of RUBIS ASPHALT and started operations in Monrovia only last year.

Operations Manager of ERES Liberia, Mr. Winston Faulkner, explained that the presence of the company in Liberia is part of a much larger global operations program which has identified the Freeport of Monrovia as a strategic location for their operations and hence the partnership with APM Terminals Liberia.

“We are excited to partner with APM Terminals Liberia to bring this hub to the Freeport of Monrovia. APM Terminals already had in place the infrastructure needed to store and manage bitumen and this was critical to our decision to partner with them. We expect this project to have great impact not only on the road construction sector of Liberia but also the sub region and we will continue to work together with all stakeholders for the realization of this objective,” Mr. Faulkner said.

With this bitumen hub launch, APM Terminals Liberia has added the handling, management and storage of bitumen to its operational portfolio, demonstrating the expertise and hard work of its fully Liberian Operations team.

Managing Director of the company, Mr. Jonathan Graham explained the rationale behind the partnership and praised stakeholders, especially the company’s operation team for challenging themselves to make the handling of bitumen at the Freeport of Monrovia a possibility.

“What we are launching today is in line with the general goal of making the Freeport of Monrovia, which is the heartbeat of the economy of Liberia, a strategic driver of economic growth. We are excited to add to this portfolio and let me especially congratulate and thank our hardworking operations team who have been fantastic in making sure that we are able to handle bitumen here at the Freeport of Monrovia. We have received crucial support from all our stakeholders, the NPA, LRA, the Ministry of Commerce and many others on this and other initiatives. From an APM Terminals Liberia perspective, these are exactly the kinds of strong partnerships that drives growth.” Mr. Graham commented.

On her part, Honorable Minister of Commerce Mawine Diggs, in a brief remark, said the initiative has the potential of creating jobs and expanding trade within Liberia, which is a key focus of the Pro-poor agenda of President Weah’s administration.

Already, the Lofa road project, the Ganta-Sanniquellie road project and the Freetown airport runway expansion project are utilizing bitumen from this hub. 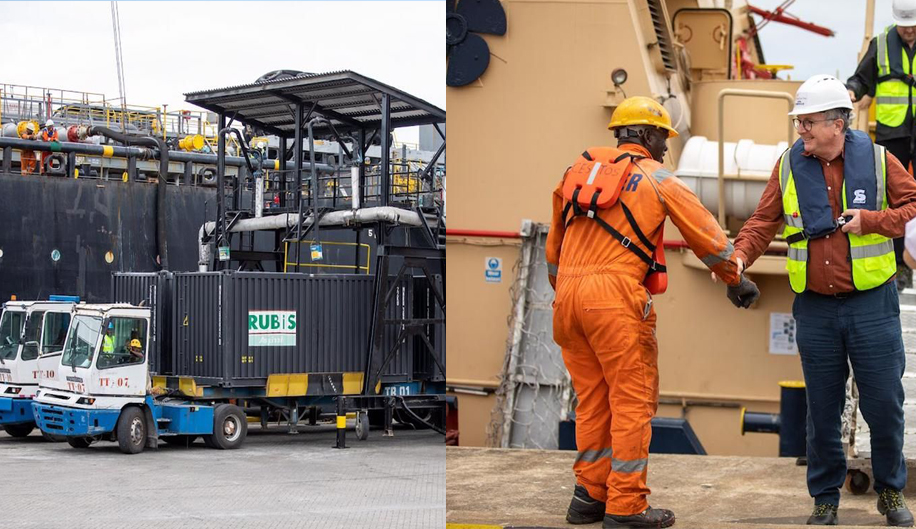 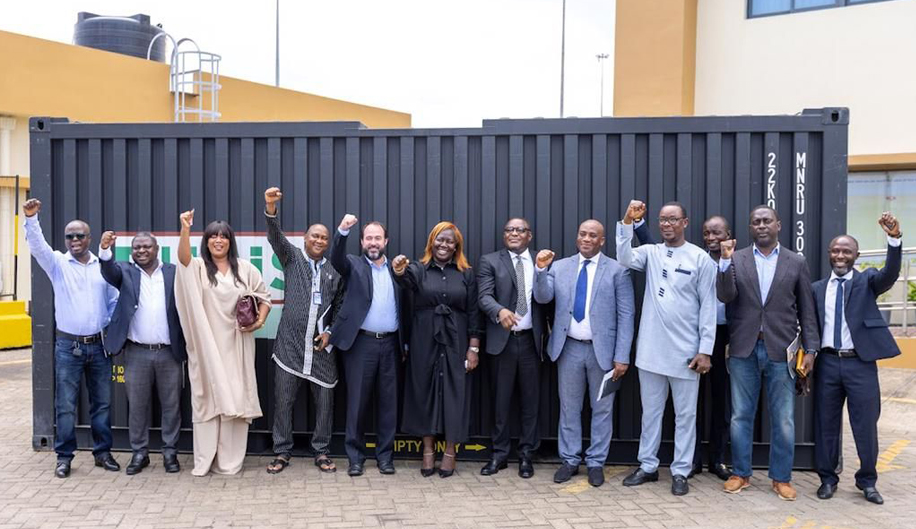